Very little, almost nothing: the avoidance of labour in late modern art

Late modern arts of the 1960s and 70s, such as minimalism, conceptual art, land art, body art, postmodern dance, and structural film, are frequently characterised as rejecting traditional conceptions of artistic labour. Artists during this period eschewed the manual techniques, skills, protocols and procedures associated with the modern system of the arts. In the visual arts, this meant a rejection of traditional media, such as drawing, painting, sculptural modeling, casting and so forth, and the techniques of construction and composition associated with them. Often understood as a form of deskilling, this moment is then understood in negative terms as founded on subtraction, negation, or reduction. Alternatively, when framed as reskilling, the importance of immaterial labour is emphasised: the idea becomes paramount, rather than the material execution of it. Neither of these common approaches addresses the appeal of this profoundly reductive art. This paper uses André Green’s idea of death narcissism to consider the psychological pull of this art of almost nothing. Focusing on minimalism and body art in particular, I argue that resonant forms of blankness are a kind of unmaking of form and subjectivity.

Susan Best is an art historian with expertise in critical theory and modern and contemporary art. Her book, Visualizing Feeling: Affect and the Feminine Avant-garde (London: I.B. Tauris, 2011) focuses on four women artists of the 1960s and 70s: Eva Hesse, Lygia Clark, Ana Mendieta and Theresa Hak Kyung Cha. It shows how their work transforms the avant-garde protocols of the period by introducing an affective dimension to late modern art. The project was funded by an Australian Research Council Discovery grant. In 2012, the book won the best book prize awarded by the Art Association of Australia and New Zealand. In 2013, it was short-listed for the American College Art Association Frank Jewett Mather award for art criticism. She recently completed her third book titled Reparative Aesthetics: Witnessing in Contemporary Art Photography (forthcoming Bloomsbury 2016). This book offers a new way of thinking about the role of politically engaged art. It examines the work of five women photographers from the southern hemisphere who are pioneering a reparative approach to art about shameful histories.

What was modernist work?

My talk begins by drawing out a series of contrasts between the capitalism of the second industrial revolution – the capitalism that gave rise to literary modernism, and to the industrial working class – and the capitalism of today: the capitalism of deindustrialization, precarity, and the specter of a secular decline in profitability. I contrast the tensions behind modernist literary production, not least the tension between the avant-garde and mass culture, with a contemporary environment of literary production that not only collapses high and low, or endlessly recycles (as in various later 20th-century theories of the “postmodern”), but which re-values literary writing altogether, especially by foregrounding its disposability or non-posterity. Against the backdrop of these contrasts, I turn to some contemporary poetry as a kind of rear-view mirror in order to ask what of literary modernism remains vital today.

Christopher Nealon teaches American literature, aesthetic theory, and the intellectual histories that bear on the history of poetry. He received his PhD from Cornell University in 1997, and taught at UC Berkeley from 1996 to 2008. He is the author of The Matter of Capital: Poetry and Crisis in The American Century (Harvard, 2011), and Foundlings: Lesbian and Gay Historical Emotion before Stonewall (Duke, 2001), as well as three books of poems, The Joyous Age (Black Square Editions, 2004), Plummet (Edge Books, 2009) and Heteronomy (Edge Books, 2014). In 2007-08 he was a Fellow at the Society for The Humanities at Cornell, where he taught a seminar called “Poetry and Totality.” From 2012 to 2014, he co-directed, with Professor Beverly Silver, a Mellon Sawyer Seminar at Johns Hopkins University on “Capitalism in the 21st Century.”

Immaterial labour and the work of literature

The activity of literary writing has proved peculiarly resistant to theoretical and historical approaches to the history, the psychology, and the economics of labour. This lecture will explore the concept of ‘immaterial labour’ as a means to generate some significant insights into the particular activity that is literary work, and offer new ways of thinking about the Modernist work of literature. Beginning with a discussion of key texts by Maurizio Lazzarato and by Michael Hardt and Antonio Negri, the lecture considers the extent to which the idea of ‘immaterial labour’ illuminates the particular character of modernist literary labour, with reference to the literary labours of a range of Modernist writers. An examination of ‘immaterial labour’ and the work of Marcel Duchamp and of Marcel Proust (via Samuel Beckett) then leads to the identification of important research questions that emerge from Modernist engagements with the concept of ‘immaterial labour’. 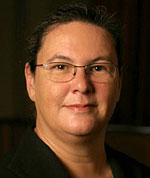 Morag Shiach is Professor of Cultural History in the School of English and Drama, Vice-Principal and Executive Dean of Queen Mary with responsibility for the eight Schools in the Faculty of Humanities and Social Sciences, and also the Director of Creativeworks London. In addition to numerous chapters and articles on twentieth-century literature and culture, she is the author of Modernism, Labour and Selfhood in British Literature and Culture, 1890-1930 (Cambridge University Press, 2004), editor of The Cambridge Companion to the Modernist Novel (Cambridge University Press, 2007), and co-editor, with Tarek Virani, of Cultural Policy, Innovation and the Creative Economy: Creative Collaborations in Arts and Humanities Research (Palgrave Macmillan, forthcoming 2016).